In October 2013, the City of Davis engaged a consultant to facilitate Dialogue Sessions between Davis community

members – selected and recommended by the Human Relations Commission – and the Davis Police Department on the topic of racial profiling.

Discovery sessions in October 2013 lead to dialogue sessions held from November 2013 through January 2015 and resulted in the creation of this Community-Police Alternative Conflict Resolution (ACR) Pilot Program, designed to restore the Davis community when conflict occurs between Davis community members and Davis Police Department employees.

The ACR Pilot Program is an informal, conﬁdential mediation process based on two restorative practices: circle processes and non-violent communication. Through the ACR Pilot Program, community members with a specific complaint about an interaction with Davis Police employees, and the Davis Police employee(s) meet in a face-to- face, restorative process with the assistance of a team of two trained Circle Co-Keepers, who are members of the Davis Community.

The ACR Pilot Program allows the participants to the interaction giving rise to the complaint to safely explore, understand, and/or mutually resolve the issues of the interaction, with the objective of healing the conflict. This may result in agreement, or an agreement to disagree. Participants are not required to reach a formal resolution. The expectation however, is that by “coming together in a good way,” the relationship between the participants will be restored.

Requirements are specific characteristics that are critical to participants’ satisfaction with the ACR Pilot Program. The program is informed, in its design and implementation, by these participant expectations. 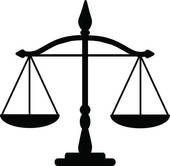 Confidentiality does not preclude the Department from capturing general statistical information necessary to evaluate the effectiveness of the ACR Pilot Program.

Circle processes invite participants to drop their ordinary identity and protections that create distance between people. A circle process is designed to create an environment where strong emotion and feeling – truth, conflict, silence, paradox, and opposite opinions – can be safely engaged.

Complaints involving the following allegations will be considered for the ACR Pilot Program:

Initially, complaints involving the following situations will not be considered for the ACR Pilot Program:

The Office of The Police Chief refers a complaint to the ACR Pilot Program when all the following criteria are met: