The City Council approved the applications for The Cannery in December 2013. The New Home Company completed the land purchase and began demolition in April 2014. Inquiries on development timing and should be directed to:

Inquiries on demolition and construction activities should be directed to (916)769-6464.

February 20, 2018. City Council hearing on the project was postponed and continued.

October 2017. The City received a planning application for revisions to the approved Cannery Marketplace project.

March 2016. The City received a planning application for development of the Mixed-Use Commercial District for The Cannery Marketplace and related amendments to the Development Agreement.

April 2016. Applicant withdrew the requested changes for the Small Builder Lots and put on hold the request for the Stacked Flat condominium changes.

City Council Approval Documents
Dec 9 2013 2:07 PM
The City Council approved the applications for The Cannery on November 19, 2013. Second reading of the Development Agreement and Planned Development ordinances was approved on December 3, 2013. 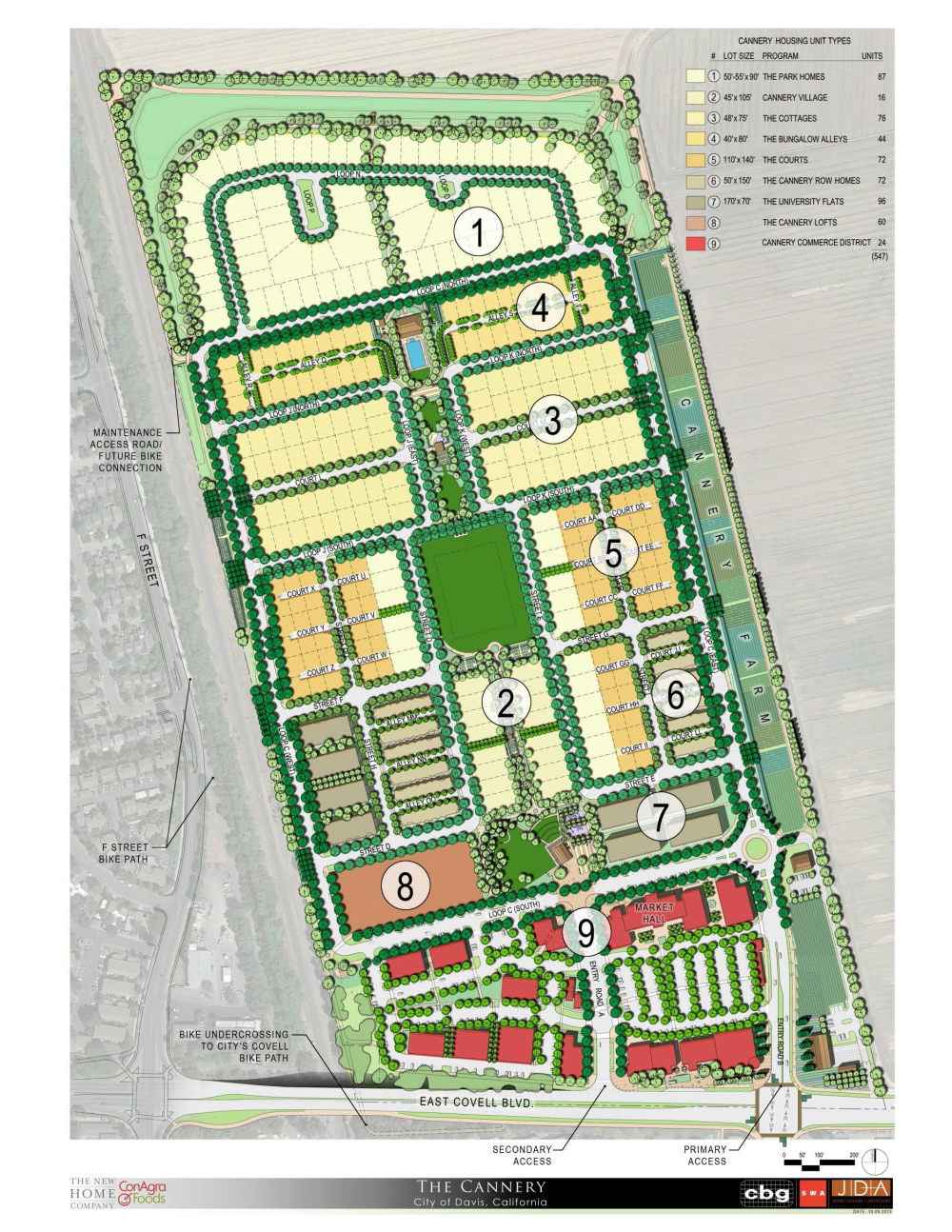