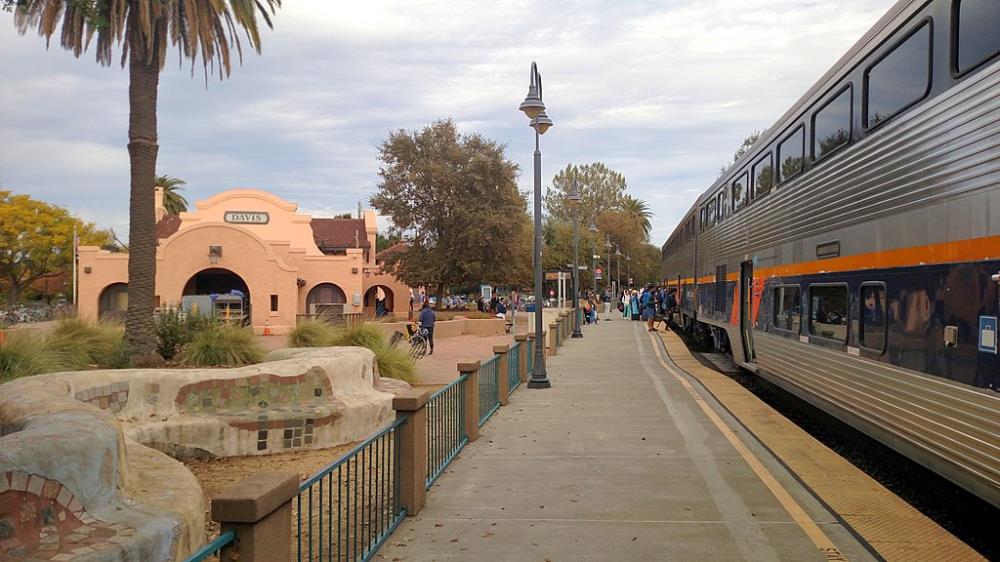 In October 2017, the City submitted an application to the California Department of Transportation’s Sustainable Communities Planning Grant program to examine access and connection issues related to the Davis Amtrak Station (view. In December 2017, the State awarded the City $250,000 to fund a comprehensive study.

Serving over 10 percent of the total Capitol Corridor ridership, the Davis station is one of the busiest stations in the region. Despite its popularity, the station is fraught with challenges. Parking surveys show the lot fills well before the arrival of the first train and remains full until the late afternoon. Surveys also suggest that bicycle parking is regularly at or near capacity. Additionally, the current depot lacks modern amenities and safety features.

Given these challenges, the study will seek to identify opportunities to increase ridership, improve multimodal accessibility, and enhance station safety. In addition, the study will examine the potential benefits of implementing such changes including relieving congestion on local roadways, reducing vehicle miles traveled, and stimulating economic activity downtown.

The City administered an online and in-person user survey. The City received 1,175 responses. While the City will incorporate a full analysis of the survey results into the study, here is a summary highlighting some key findings.

In addition to the survey, the City collected the following driveway count data.

In September 2019, the City hosted a series of three pop-up workshops in Downtown Davis. Below are the materials from the three workshops.

As the study progresses, here is a tentative timeline for public review and eventual City Council acceptance.