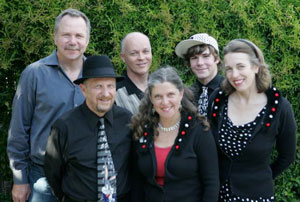 The Davis Song was originally written by Heidi Bekebrede in 1987 and was pressed on 1000 red-vinyl 45 rpm records.

In 2007, Heidi and members of Frankie and the Fabletones re-recorded an updated version of the song (recognizing the addition of the 95618 zip code, among other changes) 'a cappella' and performed it at the City's Fourth of July festivities in Community Park.

In 2013, as part of a renovation project in Central Park, a tile mosaic created by Heidi Bekebrede was installed on the south side of the new restroom building. The tile mosaic depicts images of Davis and contains the lyrics of The Davis Song.