From a Recology Davis press release published December 4, 2019 in The Davis Enterprise 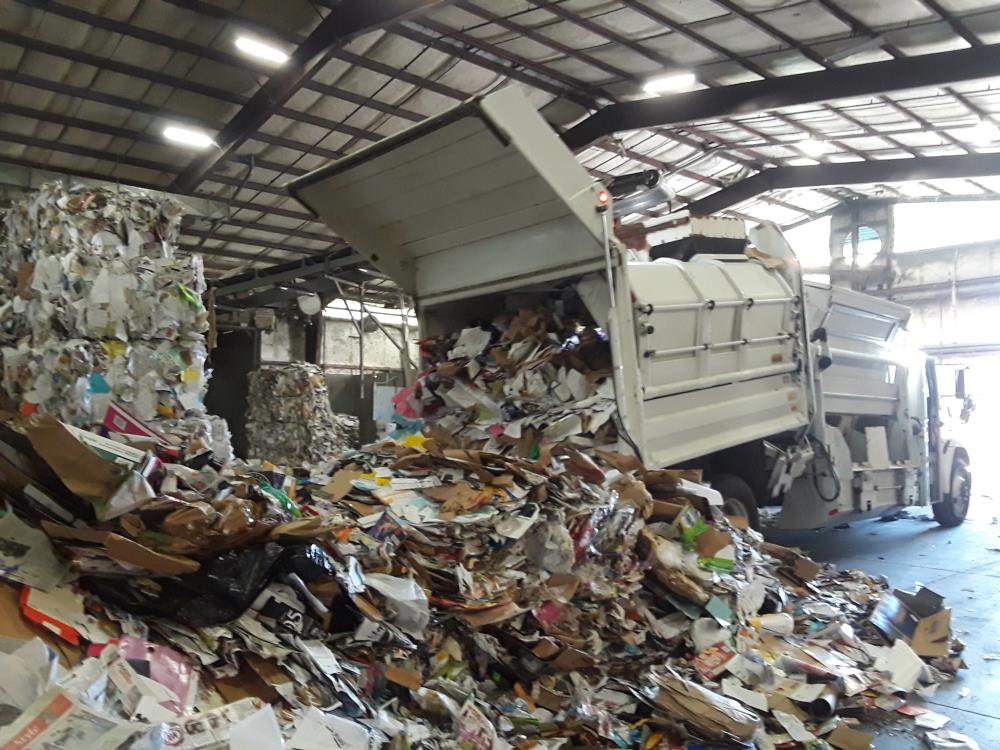 Recyclables collected in Davis are still finding markets, despite the struggling global recycling industry, thanks to environmentally responsible citizens, local collection and processing practices, and an environmentally minded recycling company in Davis.

“The challenges in the recycling market have been in the news a lot lately,” says Scott Pardini, Recology Davis General Manager, “and we’ve had customers asking us if they should still bother sorting their waste and recycling. Our answer is yes, please keep recycling!”

Recyclables collected in Davis are still able to make it to recycling processors. While securing markets for recyclables has become more difficult for the industry as a whole, this difficulty has mostly been due to contamination in recyclable materials.

“In Davis specifically,” says Pardini, “our dual stream collection system and community culture results in cleaner material that is more recyclable than other communities.”  As a result, the Recology corporate sales team has recovered recycling markets that were lost when China exited the market. The dual-stream recycling system collects paper separately from plastic, glass and metals. “By keeping the paper separate, we also can keep it clean,” says Pardini, “The paper doesn’t get sticky from bits of soda, detergents and other liquids that are left in the bottles and cans that are recycled.”

Recyclables that are collected in Davis are remarkably clean to start with.  Whenever recyclables are collected, there are always some “residual items”— plastic bags, Styrofoam, and other non-recyclable materials that end up in the recycling bin. In some communities, these residual materials can be as high as 13-20% of what is collected, in Davis only 5-7% residual material is found mixed in with recyclables. Most of what is placed in the bins in Davis is properly sorted.

Davis also differs in the way recyclables are sorted. After recycling carts are emptied into a truck, they are delivered to a Material Recovery Facility (MRF) to be sorted by material type. Recology Davis operates a recycling MRF here in Davis. While most MRFs use a combination of hand-sorting and mechanical equipment that can include air blowers, sieves, magnets, and optical sorting machinery, the Recology MRF in Davis uses only magnets and a line of workers that hand-sort recyclables into separate bunkers.

The low rate of residual material mixed in with recycling, Davis’ dual-stream recycling system, and method of sorting recyclables results in pristine bales of recyclables at the Recology Davis MRF. There are no plastic bags or other contaminates in these bales—they are purely the single commodity—paper, cardboard, plastic #1, plastic #2, aluminum, etc.

So where does all the recycling go after Recology Davis sorts and bales it?

“Our #1 plastics will typically stay in the United States,” says Craig Johnson, Recology Davis Operations Supervisor, “while plastic #2 and our mixed rigid plastic recyclables (#3-#7 plastics) are going to South East Asia to be recycled.”

In response to concerns voiced this year in the media about the recycling markets in South East Asia, a Recology sales team representative visited all of the plastic processing facilities used by Recology in June 2019, to verify that the material Recology sent to them was recycled responsibly. “He came back with a wealth of information about the recycling process in Indonesia, Malaysia, Hong Kong, and Vietnam,” says Pardini. “All of our processors are recycling every possible material they can and are doing so without polluting the communities in which they operate.”

What does this mean for recycling in Davis?

Recology Davis has not changed their practices or modified the materials they will or will not accept for recycling. The only modification to the current recycling practice, is that Recology Davis is now asking customers to rinse their containers before recycling them. “That way, there won’t be any problems with bits of food or sticky stuff on recyclables rotting if the baled materials have to sit in the warehouse a little longer before they can ship out,” Johnson explains.

In response to the global recycling market challenges, particularly with plastics, Recology CEO Mike Sangiacomo has been a vocal proponent of reforming the plastics industry and finding comprehensive solutions to getting single-use plastics out of the landfill.  “Sustainable packaging options can be accessible, affordable, and a standard business practice for all manufacturers,” Sangiacomo wrote in an op-ed that ran in the Davis Enterprise last month. “Recycling this material can take place domestically and create local jobs. We must act now, and we cannot act alone. The legislature must act now.”

The Davis City Council passed a resolution on September 10, 2019 to support SB 54, The California Circular Economy and Plastic Pollution Reduction Act, that aims to address single-use plastics and the lack of recycling markets.

“The best things people in Davis can do,” says Sarah Benedict, Waste Zero Specialist with Recology Davis, “is avoid single-use plastics whenever possible, wipe out containers, or give them a quick rinse before recycling, and keep up the great work with recycling and composting as much of your waste as you can.”